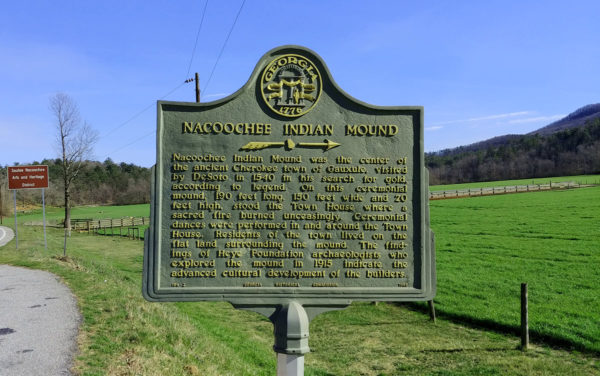 The Track Rock Gap rock art and stone landscape sites on the Chattahoochee National Forest are thought to have been created by Creek and Cherokee people beginning more than 1,000 years ago.

Track Rock Gap is open to public visitation and no fee is charged for parking or to visit the site. Sadly, in April 2021 it was discovered that vandals have recently caused extensive damage to the site. It’s heartbreaking that one of the area’s oldest monuments has been treated with such disrespect.

New Echota is one of the most significant Cherokee Indian sites in the nation and was where the tragic “Trail of Tears” officially began. In 1825, the Cherokee national legislature established a capital called New Echota at the headwaters of the Oostanaula River. During its short history, New Echota was the site of the first Indian language newspaper office, a court case which carried to the U.S. Supreme Court, one of the earliest experiments in national self-government by an Indian tribe, the signing of a treaty which relinquished Cherokee claims to lands east of the Mississippi River, and the assembly of Indians for removal west on the infamous Trail of Tears.

During the 1790s, James Vann became a Cherokee Indian leader and wealthy businessman. He established the largest and most prosperous plantation in the Cherokee Nation, covering 1,000 acres of what is now Murray County. In 1804 he completed the construction of a beautiful 2 ½ story brick home that was the most elegant in the Cherokee Nation. After Vann was murdered in 1809, his son Joseph inherited the mansion and plantation. Joseph was also a Cherokee leader and became even more wealthy than his father.

In the 1830s almost the entire Cherokee Nation was forced west by state and federal troops on the infamous Trail of Tears. The Vann family lost their elegant home, rebuilding in the Cherokee Territory of Oklahoma. Today the Vann House survives as Georgia’s best-preserved historic Cherokee Indian home. A guided tour allows visitors to see the house which features beautiful hand carvings, a remarkable “floating” staircase, a 12-foot mantle, and fine antiques.

Twenty years before the 1849 gold rush in California, thousands of prospectors flocked into the Cherokee Nation in north Georgia, marking the true beginning of our country’s first gold rush. Dahlonega thrived and a U.S. Branch Mint opened in 1838, coining more than $6 million in gold before closing in 1861. Today, visitors can see a complete set of these rare coins, a nugget weighing more than five ounces, a large hydraulic cannon and nozzle used to blast soil from mountainsides, film, and gift shop.

For over a century the secrets of the Chestatee River Diving Bell were held beneath the murky waters of the Chestatee River. On October 18, 1876, the Diving Bell and its boat sank under mysterious circumstances. While ending the short career of the only manned submersible gold mining operation in Georgia, it did not end the mystery of how it sank or where it came from.

There is no charge to visit this exhibit in Hancock Park and nearby parking is also free. 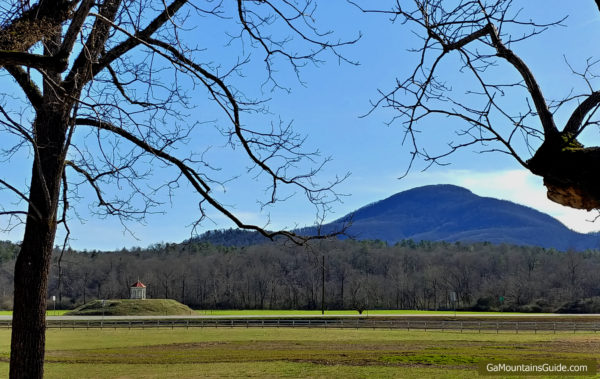 The Sautee Nacoochee Indian Mound at Hardman Farm is perhaps the best-known feature of Hardman Farm, located just south of Helen in White County. The Nacoochee Mound is a burial site and was probably used long before the Cherokee inhabited the area.

Guided house tours include the 19th-century parlor, original lighting, and an interesting telephone and climate control system. Visitors will also see the bedroom belonging to Anna Ruby Nichols, the namesake of nearby Anna Ruby Falls. The old barn was the focal point of Nacoochee Dairy that operated from 1910 until the mid-1920s. Guests will learn how milk was processed and transported, plus they will see a spring house and former horse barn. The tree-lined road leading from the Visitor Center to the house is a remaining portion of the historic Unicoi Turnpike. This 200-mile road went from Toccoa to western North Carolina and eastern Tennessee. It began as a buffalo trail, then a Native American trading route.

Creativity is alive and well in the North Georgia Mountains. For 35 years, the historic Sautee and Nacoochee Valleys have been home to a vital institution that has nurtured and supported the local community in many ways. The Sautee Nacoochee Center is the face of the Sautee Nacoochee Community Association and offers its programs not only in support of the creative arts but to bind the north Georgia community together in friendship and understanding.

As one of the strongest community arts programs in the state and the nation, we have earned support from a number of regional and national funders. We also generate impressive local support from a community that genuinely values what we bring to their lives. In turn, we value the people of these hills and valleys and what they bring to the world.

Enjoy 360-degree views of Lake Chatuge and the Appalachian Mountains from an elevation of 3,424 feet. This family-friendly activity is also pet-friendly and has free parking.

Bell Mountain originally belonged to the Cherokee Indians, but following the Indian Removal Act, the property was drawn in the 1832 land lottery and remained in private hands. During the 1960s the top of Bell Mountain was blasted to mine white quartzite, creating the notch which has been “decorated” with over 50 years of graffiti.

The site was deeded to Towns County in 2015. In 2016 was formally named Bell Mountain Park and Historical Site and the observation deck erected was named and dedicated as the Hal Herrin Scenic Overlook.

The Old Rock Jail functioned as the Towns county jail from 1936 until the 1970s when the Towns-Union jail on Trackrock in Union County was constructed. View the online brochure of the Old Rock Jail Museum to learn more.

This 600 acres creative sanctuary is open for different types of visits on Saturday afternoons.

Hambidge is listed on the National Register of Historic Places as a rural historic district. The campus includes 9 artist studios, a working grist mill, an old weave shed turned into a gallery, a modern pottery facility, an anagama pottery kiln, and a number of other buildings and structures. While each studio has its own charm and character, the accommodations are intentionally simple. The structures themselves are out of view from each other and while the campus spans 600 acres, each studio is only a short hike to Lucinda’s Rock House, where dinner is served and Wi-Fi is available.

Remember and commemorate the survival of the Cherokee people who were forcefully removed from their homelands in 1838-1839 in Georgia, Alabama, and Tennessee to live in Indian Territory, now in Oklahoma. 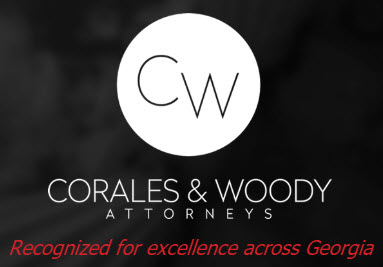